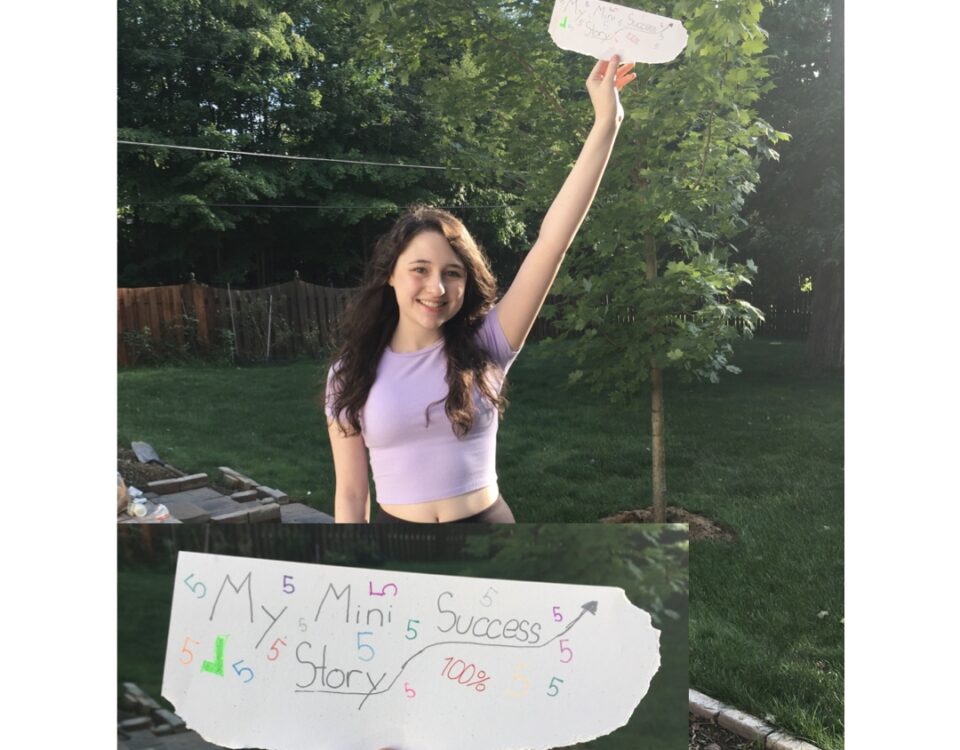 [WARNING: There is minor bragging in the following blog post.]

Now, I am going to very briefly break-down AP exam scoring for those of you who aren’t familiar with it. First of all, AP stands for “advanced placement”. These are classes you can take in high school for college credit. The exams are known for being brutally hard and are scored on a scale from 1-5. A 5 is the highest score possible, but you only need a 3 to pass.

So, to sum up, I did pretty well on my exam. I mean, I got the highest possible score so I couldn’t have done much better. In all honesty though, I was really just hoping to pass. The reason being, I had some extra challenges when dealing with this exam. It was a bumpy ride, and I can’t even describe how relieved (and surprised) I am that I came out on top.

You would think that a college level class and an exam designed to challenge the students taking the advanced class would be enough stress for a high school freshman, right? Well, it turns out that I had a couple more hurdles to jump for that passing credit.

About a month before the exam date, I emailed my counselor to confirm that I would be getting a large print exam and extended time. I almost didn’t email her because it seemed a little unnecessary since I have an IEP in place that assures I receive these accommodations. The purpose was more to ease my mind and to be absolutely certain that everything was in order. You can imagine my surprise when she emailed me back and said she had yet to put a request in to College Board for the accommodations I needed.

She was referring to a process that I was completely unfamiliar with. Apparently, regardless of an IEP or any other on-record forms, all requests for accommodations must be made to College Board by school counselors at the beginning of the year. This is not what happened to me.

My counselor should have made the request months before I emailed her. It shouldn’t have ever been something that I had to worry about. She didn’t though, and I did.

She ended up putting the request in, but there was no guarantee it would go through. My mom and I crossed our fingers for weeks that it would all turn out okay. It didn’t.

It was now a week before the exam and I was busy cramming in study sessions whenever I could. Then we received the good news that College Board sent a large font test for me. It was a relief and I was able to study while being slightly less stressed. For about three days. That is when we learned that I couldn’t use any of the materials that they sent specifically for me because they hadn’t approved the accommodations.

To say the least, I was annoyed. I mean, it didn’t make any sense. I had a legitimate need for those special materials and they were right there with my name stamped on them, but because some idiot sitting in an office hadn’t hit the “APPROVE” button on their computer, I couldn’t use them.

If I was annoyed though, my mom was beyond outraged and one notch away from barreling into the school to yell at anyone who would listen. I had to avoid bringing it up and keep my anger in check to keep her from going off about it. For a little bit I was worried that she wouldn’t let me take the exam and I would have to wait until next year when my accommodations would be approved. I really wanted to get it over with so I tried to calm her down  and reason with her.

To say the least, it was a stressful few days leading up to my exam. If only the stupid system was a little bit more efficient or my counselor had made the request when she was supposed to. The entire mess could have been avoided, but that isn’t how the system works.

The dreaded day had arrived. I had studied and prepared to the best of my abilities. All that there was left to do was take the test.

Let me give you a quick rundown of what I dealt with during this two hour long test. Part one was one hundred multiple choice questions in seventy minutes. These were not easy little questions either, with one sentence questions and one to two word answers. The questions that I had to tackle consisted of long paragraphs and multi-sentence answers. It was brutal and I had less than a minute for each question. I ended up running out of time and filling in the last ten questions on my answer sheet as C. The second part was much easier because it was writing and there was very little reading involved.

Overall, it was a draining experience and I walked out of the testing room questioning if I even did enough to pass. Not to mention my eyes hated me for putting them through that and had their revenge with an awful headache that lasted the rest of the day.

Surprised doesn’t even begin to describe my feelings when I found out I scored a 5 on the exam. I was preparing for the possibility of not even passing when I logged in to view my score. Looking at my screen I had one of those moments where I just stared and questioned if my eyes were playing tricks on me. I was stunned for about ten more seconds and then realized that I actually scored a five and was more relieved than anything. The horrible stress of the exam and then the waiting for the results was finally over. It was a bonus that my score was so high.

It was also nice to prove that even with the extra challenges in my path, I could still pull out a pretty decent success. In the end, it doesn’t matter what life throws at me or how my vision hinders me. I can come through for myself without help from anyone else.

My five is proof that I can create my own mini success stories with perseverance and determination. How will you write yours?